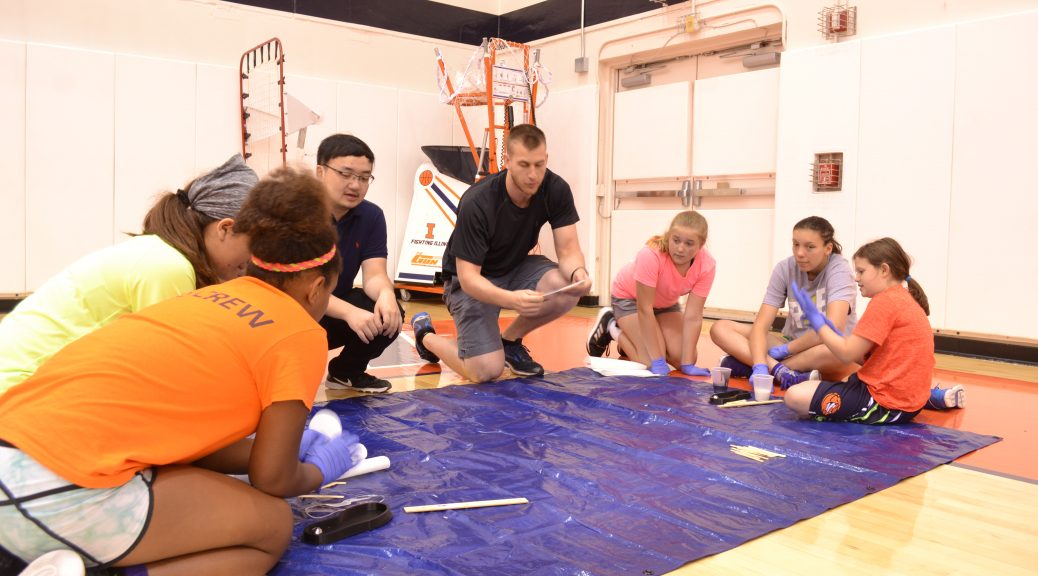 Prof. Hutchens and a team of students introduced basketball players to polymers, mechanical testing, and design through an outreach activity designed to mimic shoe sole structures. Campers, ranging from 3rd to 8th grade, were attending a week-long basketball camp run by the Illini Women’s Basketball coaching staff and players. However, for a short time, they transformed into scientists, learning about polymer microstructure by acting as polymer chains, and engineers, pouring, mixing, and troubleshooting their midsole manufacturing process. Midsoles were made using shoe-shaped molds, which campers would fill with a self-foaming, fast-setting elastomer material.

By changing the ratio of the two components, campers found they could control the energy recovery and toughness of the material. After an initial trial, many groups improved their midsoles by inventing new smoothing techniques, improving mixing, or decreasing their processing time. Overall, both campers and student volunteers agreed that the activity was a success. 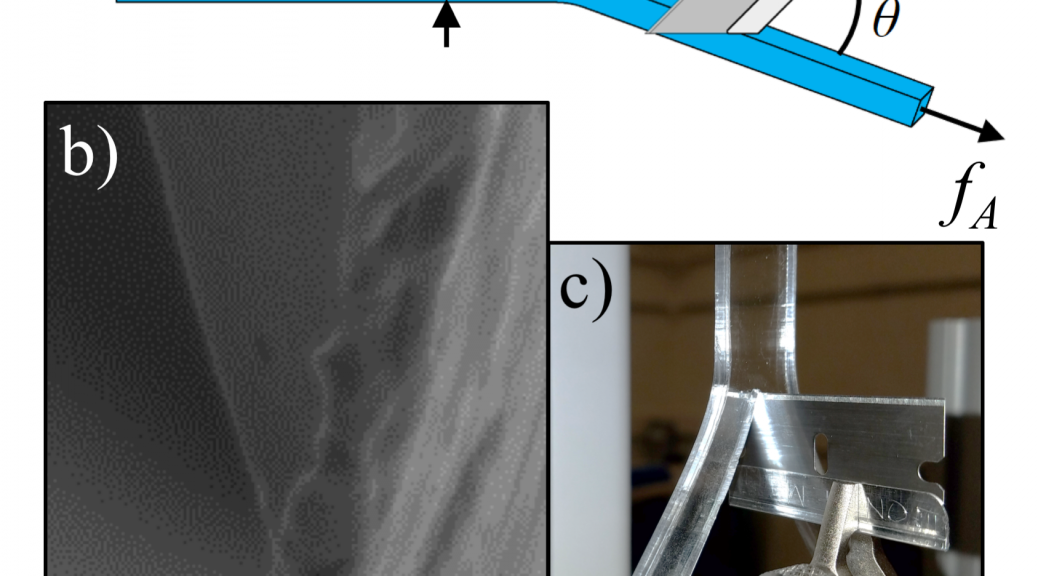 Prof. Hutchens gave an invited talk at the 2018 International Conference on Deformation, Yield, and Fracture of Polymers (DYFP). Her talk, entitled “Cutting and the Failure of Hyperelastic Solids,” discussed recent results discovered by Ph.D. student Bingyang Zhang along with help from several supporting undergraduate researchers, including Steven Yang, Mary Cassidy, Bryan Bunch, and Andrew Shiang. In it, Prof. Hutchens discussed the sensitivity of a y-shaped cutting geometry to many of the material responses that affect traditional tear energies of rubbery polymers. The talk was well-received, resulting in fruitful conversations and several suggestions for alternate approaches to explore.

Prof. Hutchens and Matt Milner gave talks within an APS session entitled “Extreme Deformation of Polymers and Soft Matter I: Cavitation and Fracture” that was co-sponsored by the Polymers Division (DPOLY) and Soft Matter Group (GSOFT) and co-organized by Prof. Hutchens and Prof. Al Crosby (UMass Amherst). Prof. Hutchens presented the most recent results from the cavitation rheology technique obtained by undergraduate researcher Davin Bahk. Matt talked about the new instrument he has built to perform ballistic cavitation measurements. Their abstracts can be found in the links below:

M. P. Milner and S. B. Hutchens “A Device for High-Strain-Rate Cavitation“ 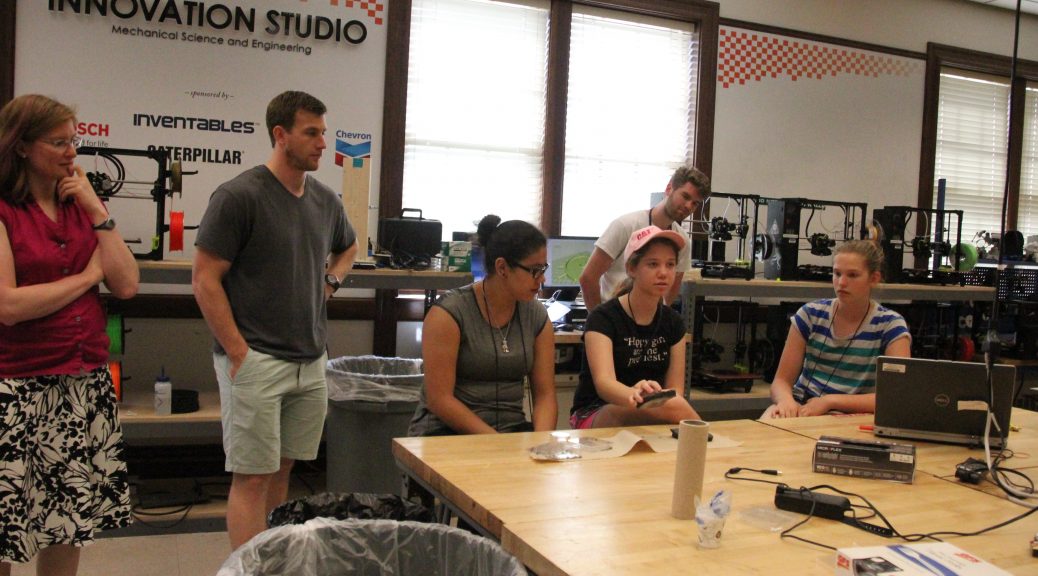 Steven Yang and Davin Bahk presented some of their latest work at the Undergraduate Research Symposium on Thursday, April 27. They are working on developing the cavitation rheology technique to determine the failure behavior of ultra-soft materials, materials that are difficult or otherwise impossible to characterize using traditional failure testing techniques. 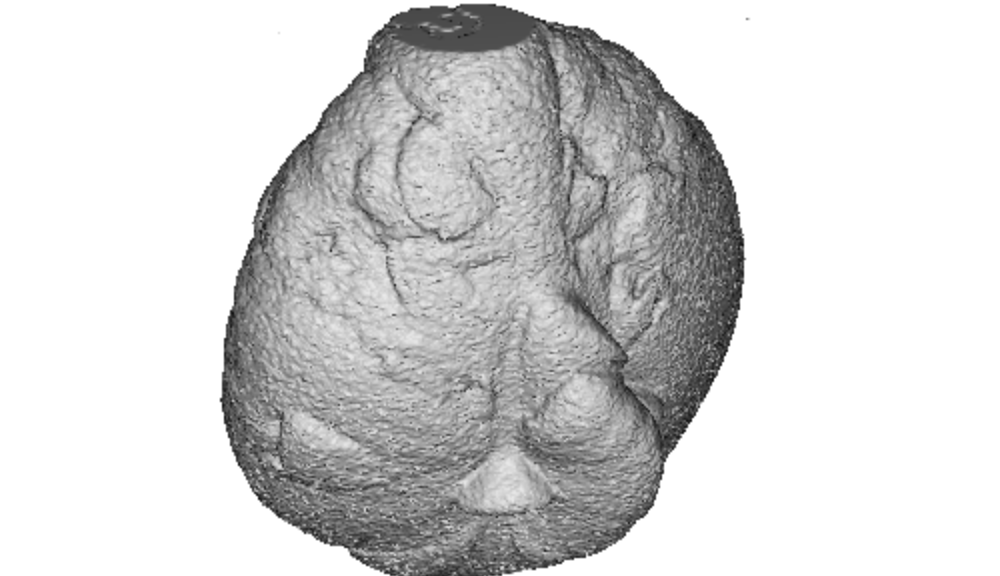 As part of the Mechanical and Industrial Engineering department’s departmental seminar series, Prof. Hutchens gave a talk on injection-initiated fracture, also known as the cavitation rheology technique. She presented on how to obtain fracture energy for ultrasoft materials, having < kPa moduli, as detailed in her recent Soft Matter article with postdoc advisor Al Crosby. She then showed recent results on quantifying and predicting crack morphologies obtained by undergraduate researcher Steven Yang. 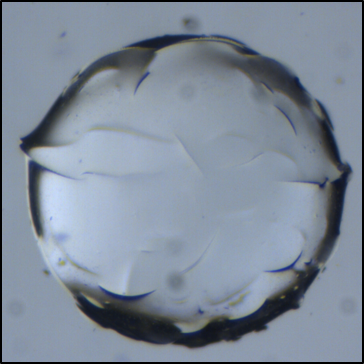 Matt gave a talk entitled “Void Collapse as a Platform for Observing the Effects of Strain Stiffening on Creasing,” sharing his recent results on the surface tension-driven collapse of cavities within silicon elastomers. Prof. Hutchens gave a talk entitled “Injection initiated fracture in soft solids,” presenting some of Steven Yang’s recent cavitation rheology work in which he characterizes the failed cavities using microCT. 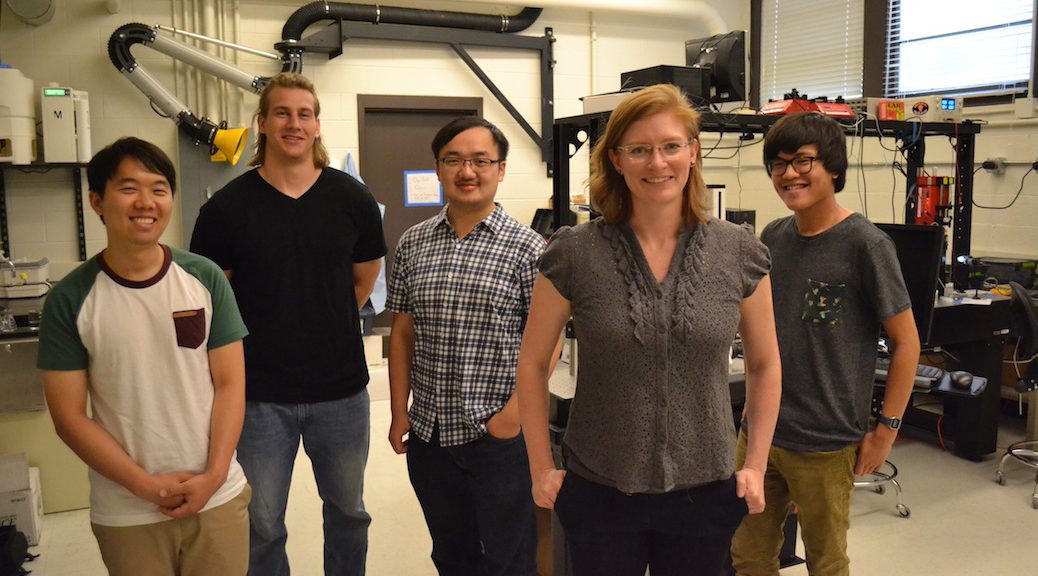 The CAREER award is the NSF’s most prestigious award in support of early-career faculty who have the potential to serve as academic role models in research and education and to lead advances in the mission of their department or university. Funding of $500,000 is provided over a period of 5 years. See departmental article (here).

The plant kingdom quietly and efficiently goes about its life without the aid of muscle tissue. Despite this lack, plants can produce large and even rapid movements using water as the driving force. These movements enable energy harvesting and sexual reproduction for the individual. This award supports research efforts that use this osmosis-driven motion as inspiration. In leveraging plant architectures, the synthetic plant-tissue-analogs resulting from these efforts will provide a non-toxic, energy efficient, and tailored response. Simultaneously, such materials would require no connection to an external power support when used in water. The anticipated response of these hydraulic structures may be tuned to provide response variation as a function of both time and position. Responses such as these are essential for many tissue therapies and will benefit society via applications in healthcare and biomechanics. Further, the fundamental efforts supported by this award will enrich understanding of the hydraulic response of plants, a necessary component of detailed climate models.

The objective of this proposal is to describe the physico-chemo-hydromechanical behavior of closed-cell fluid-solid composites under the regime of osmosis-driven motion. The research team will develop a constitutive model for this currently undescribed class of materials by building on existing theories of poroelasticity for solids capable of finite deformation. Models will be informed by experiments on synthetic plant-tissue-analogs architected for a homogeneous deformation response when immersed in an aqueous environment. As validation of the final model, dynamically and/or inhomogeneously-deforming, architected composites will be designed and fabricated with an aim toward metastable, hierarchical self-assembled structures. In successfully modeling these materials, this work will fill an existing gap in the understanding of ‘water relations’ in plant tissue. Specifically, by controlling material and surface properties via engineered water-solid composites, this work will resolve an ongoing debate regarding inter- and intra-cellular water flow pathways and their dependence on the osmotic and hydrostatic pressure within the cells.

Prof. Hutchens ME 300 students, with majors in disciplines ranging from Mechanical Engineering to Aerospace to Bioengineering presented the results of their 2/3 of the semester long poster project. The aim of the project is to produce and determine the impact of and energy balance on a system they encounter or are interested. Examples of systems chosen range from fire hydrants to combustion engines to hair dryers. 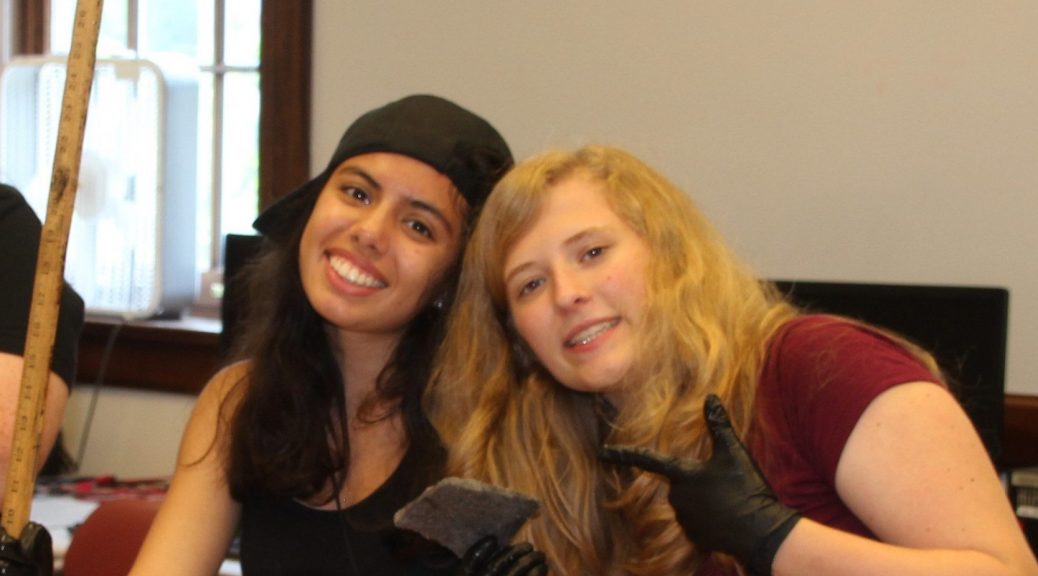 We are currently seeking motivated undergraduate students interested in the characterization of soft, stretchable materials.